The Lego fellow has become a popular subject for the aspiring photographer.

It’s a sensible thing to do too. I mean they’re considerably cheaper than actual models, needing neither paying or feeding and are far less likely to throw a diva like tantrum.

Add to that their ability to hold a pose for weeks with the penchant for working in the smallest of studio set-ups and you’re onto a winner!

Table of Contents
300 by leg0fenris
Everyone Needs A Getaway by kennymatic
Avengers by Dunechaser
Roman Holiday by Dunechaser
Terran Marine by Mechanekton
Saint Knick by Joriel “Joz” Jimenez
Sad by Kalexanderson
Just A Snow Trooper On The Ice by Kalexanderson
OMG MACRO! [p52 w1] by Solo
HI, BILLY MAYS HERE! by Solo “This is SPARTA!!!” If you like shouting blokes in pants, cloaks and not much else then this is going to go down well.

The mighty force that repelled a significantly larger army during the Battle of Thermopylae has been well represented here with suitable grimaces and a strong definition between the front and rear lines.

Everyone Needs A Getaway by kennymatic

It seems Indy is a keen photographer. Taking a break on Cannon Beach, he’s seen snapping the Pacific Ocean.

Note the lush sunlight creating an elongated shadow and the mirror image of Indy in the damp sand. Good stuff. 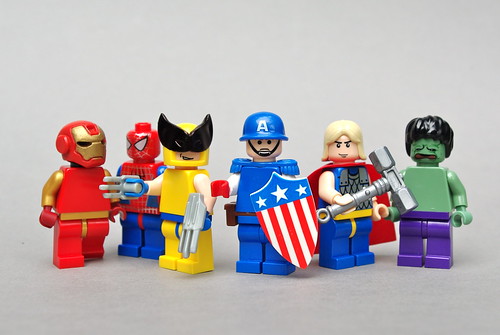 They’ve been the summer blockbuster this year and why not, they save the world and wear spandex better than most, The Avengers. From left to right we have Ironman, Spiderman, Wolverine, Captain America, Thor and The Hulk. 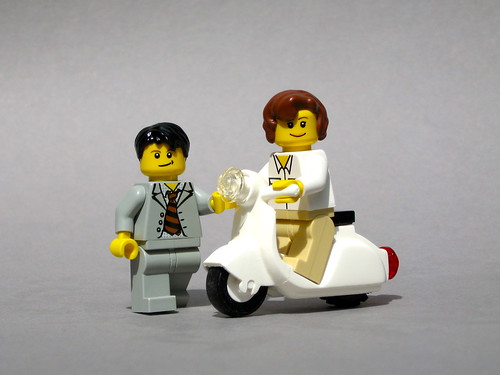 Another entry from Dunechaser who has captured the likeness of Gregory Peck and Audrey Hepburn from Roman Holiday. That’s quite a skill with yellow skin and stiff hair. 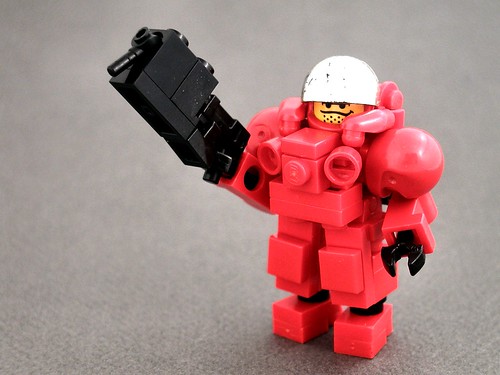 Looks like there might have been a little bit of brick modification here and what a result it’s created.

Terran Marines are kick ass guys featured in Starcraft and this guy looks exactly like one of them, which is quite a feat. Note the clever use of helmets as shoulder pads. 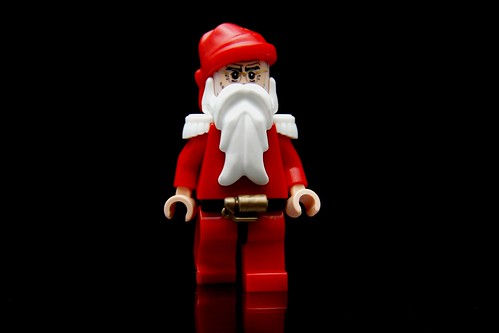 Yes Christmas is a long way off, but who can resist a Lego Santa Claus, not I. The head piece that looks a little angry (lots of naughty kids this year?), is actually that of Dumbledore.

You’d have thought he’d be more happy, you know being the head of Hogwarts and all. 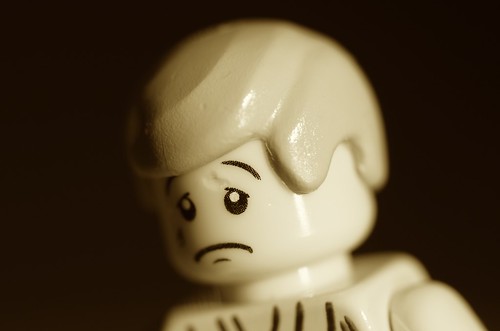 Great super close up shot of this fellow who is clearly having a bad time of it.

Just A Snow Trooper On The Ice by Kalexanderson 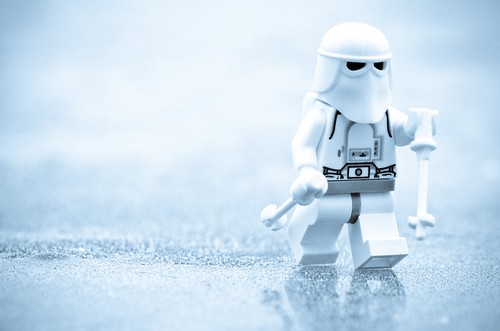 Star Wars features a lot when it comes to snapping Lego Fellows, and this little guy is a Snowtrooper.

Like a Stormtrooper, but built for the cold, which is great seeing as he’s trekking across ice in this shot. 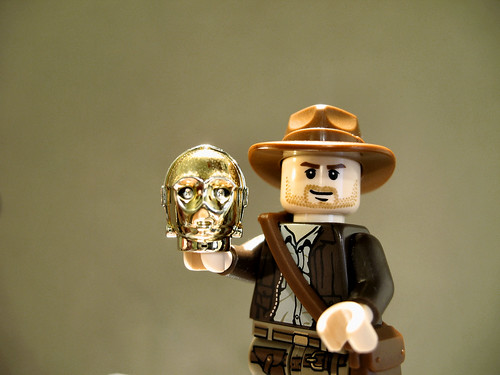 A super detailed shot of Indy showing off the gold fertility idol that he captured from the temple at the beginning of Raiders Of The Lost Ark. Or is it? Hang on, is that C3PO’s head?! 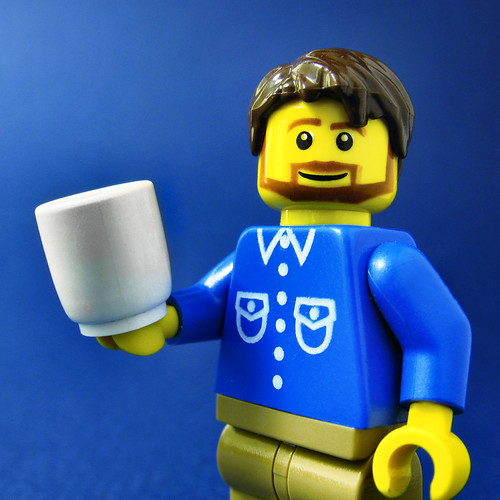 The title says it all really. Info commercial legend Billy Mays in all his beardy glory!