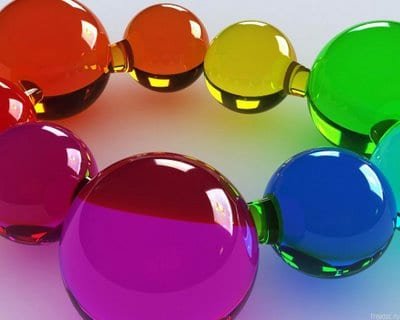 It is surprising how often the color of your images doesn’t match that of the original scene. This is how to perform color correction

Maybe you used the wrong film type for the lighting conditions; daylight balance film is not suitable for tungsten lighting and vice versa.

Some artifical light sources, notably fluorescent tubes, have unusual color characteristics. Or maybe the vibrant colors you remembered from the original scene have been toned down by the printing process. 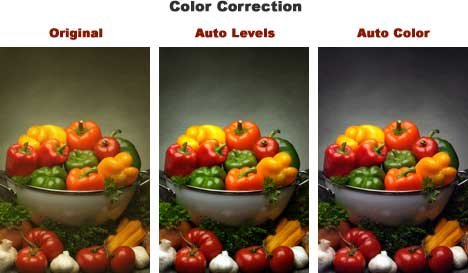 Whatever the cause, image editing applications allow subtle – or radical -changes in the color balance either to correct defects or to introduce dramatic coloring.

You’ll find the controls under color balance or color correction.

They work by allowing you to shift the balance of a color between it and its opposite on the color wheel: red and cyan, magenta and green, blue and yellow.

Begin a correction by selecting the Color Correction command.

Depending on the application, you’ll be able to make adjustments either ‘live’ on the actual image, or using preview boxes in the dialogue box.

When correcting an image with a tungsten orange cast, begin by reducing the red, magenta and yellow components. Move the sliders away from these colors.

It is hard to be precise about how much to move the sliders. Each case is different, but as a rule of thumb, move the magenta – green slider about half the distance of the other two.

Click on the tone balance buttons to perform similar adjustments to the shadows and highlights. Repeat the adjustments.

Make a visual assessment of the result. This is easier if there are any areas that are white.

If they appear bluish, reduce the blue level slightly, if pink, you may have to reduce the red or magenta components. Check other colored areas, too, for fidelity.

Make any additional corrections and then click OK to apply the corrections to the image. The result (apart from a minor change in the contrast) is very similar to an identical shot taken with film of the correct color balance. If you use a digital camera, you’ll probably have a white balance control that automatically corrects for different lighting conditions – even if the lighting comes from mixed sources.

Leave this set to auto for most applications; you can set it manually if you need to enhance color casts.

There’s no reason why you cannot reverse the color adjustments described above to introduce color casts into an image. You could, for example, introduce a tungsten-like cast to a fireside scene to impart a feeling of warmth.

These are useful for correcting color balance effects caused by incorrect lighting or film type, but will not enhance deliberate colorcast, such as in a sunset shot.

So use quick fix to do the hard work – sorting out the main color casts – then fine tune the balance as described above.